PETALUMA, CALIFORNIA — Aimee Davis breeds miniature horses on her property, the Painted H Ranch, in Chino Hills, California. Following a whole-home AV integration completed by Simply Sight & Sound, Inc. in 2013, Davis quickly realized that she could use the same automation technology to monitor when a miniature horse gives birth in any one of her nine stables throughout the sprawling property. She asked Jeff Cooper, the integration firm’s President, if there was any way to tie in her current ‘hokey’ horse stable alarm into her existing ELAN system. 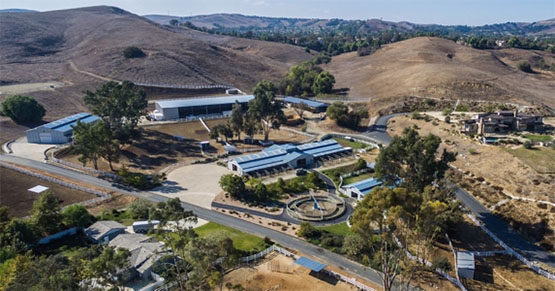 “Aimee asked if we could integrate a miniature horse stable birth alert device into her home’s sophisticated control and AV infrastructure,” Cooper explained. “At first, I wasn’t sure that we were going to be able to pull it off. But thanks to the flexibility that the ELAN system offers, we made a formerly ‘dumb’ Foal Alert birth alarm gadget ‘smart.’ Now, Aimee is alerted at the exact moment when a horse begins giving birth. This allows her to send the necessary parties over to the stables immediately to oversee their successful birth.”

Jeff Cooper and his team integrated the birth alarm into the pre-existing ELAN system, which includes an ELAN System Controller and S1616A Multi-Zone Audio Controller. Once the alarm successfully co 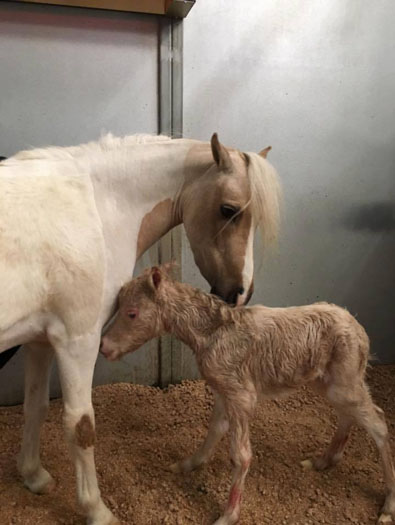 mmunicated with the ELAN system, the firm worked closely with Aimee to build out a customized scene for alerts.

When the Foal Alert alarm —which is sewn on each horse’s tail by a veterinarian — is triggered, the ELAN system tells the Lutron-controlled lights in the house to begin turning on and off. A text message alert is sent to Aimee’s phone, and, last but not least, a “neighing” audio feed is looped through the home’s 18 in-ceiling SpeakerCraft speakers. “Once I understood the nuances of Foal Alert device, I was able to seamlessly integrate it into the ELAN system,” Cooper added. “This project is certainly a first for me, but it functions flawlessly thanks to how receptive the automation system is to customization.”

Simply Sight & Sound, Inc. also added sixteen CH IP security cameras into the horse stables, and tied their video feeds into the existing ELAN system. This way, in addition to all of the alerts set in motion by the pre-configured scene, Aimee can access footage of any of the stables from her smartphone, tablet, and ELAN in-wall touch panel.

Since having a supervisor present at the time of birth is integral to the newborn’s survival, it is imperative that the alarm system work consistently, every time, regardless of any glitches that may be induced because of power surges. That’s why Jeff Cooper installed a Furman F1500 UPS Uninterruptible Power Supply and a Panamax M4315-PRO Power Conditioner with BlueBOLT remote energy management functionality. Cooper can troubleshoot the system remotely, and ensure that it will always run effectively. 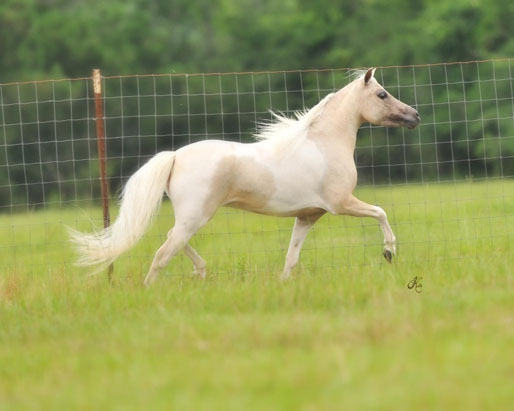 According to Davis, “We feel much more confident in our alerting system and haven’t missed a birth since! With ELAN, we are ensured peace-of-mind that we aren’t going to miss an alert. Jeff Cooper, and the entire Simply Sight & Sound, Inc. team, have been extremely forward-thinking and creative throughout the project. It’s always an absolute pleasure to work with them.”

“Taking a ‘dumb’ device and making it smart is a prime example of what makes ELAN the automation system we work with,” Cooper concluded. “Once the device integration was tied into the system, we were able to customize an automated scene from scratch. The client was in awe at the robust and unique experience we were able to build for her. Truly, anything is possible with ELAN.”

ELAN, now part of Nortek Security & Control, develops an award-winning line of whole-house entertainment and control solutions distributed through a comprehensive channel of select dealers throughout the United States, Canada, and countries worldwide. The ELAN 8 update was honored with the “2017 Human Interface Product of the Year” award and continues to expand its intuitive functionality.

Headquartered in Carlsbad, California, NSC has over 50 years of innovation, and is dedicated to addressing the lifestyle and business needs of millions of customers every day. For further information, visit nortekcontrol.com.