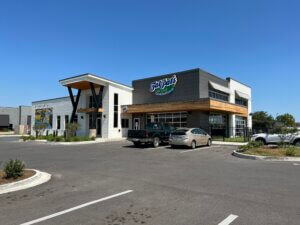 It doesn’t matter what city you’re in. There’s something to be said about a place where strangers can cheer on their team together or dole out some friendly competition against their rivals – whether it’s March Madness or football Sundays. A sports bar is a place for community, at its core.

At Fat Pat’s Sports Bar, they know that to be true. A local staple in Louisiana, their family-friendly atmosphere was once only housed within two locations in Lafayette, but their flavorful foods quickly caught on, and eventually franchised in several more cities across the state. The most recent being in Lake Charles. But, when one of the employees at Acadania Security Plus stopped in for a bite — they realized in this wonderful environment, something was still missing. Their AV systems were hard to operate and seemingly unsightly. After pitching the idea of an upgrade to the owners of Fat Pat’s, they teamed up to tackle a new goal: installing a cleaner, more simplified solution and in turn, create a better way to entertain. 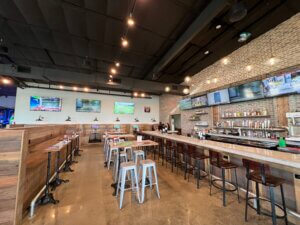 As Fat Pat’s added new locations, Acadiana Security Plus worked with them from the ground up and retrofitted others. Acadiana’s Richard Smith and his team used ELAN® control products in their install of a brand-new audio/visual system. Each location ranges from 40 to 50 TVs in one building – placed around the restaurant from the main bar to the patio to the wall and even individual booths. Simplifying the control of all these platforms was a necessity, and ELAN control panels accomplished that goal. Each panel can control the TV sets, 6 zones of audio, thermostats, and Lutron lighting within the whole bar. 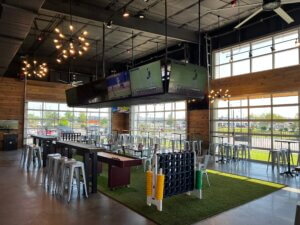 Smith has been a fan of ELAN control systems and a proud product partner in Louisiana for nearly two decades. When it comes to projects like this, he feels other systems on the market can’t compete with ELAN products’ peak performance. Especially in this case, the simplicity and ease to control everything from one place, like a phone, is a victory in a bar of different fans demanding to watch several different sports and games, all at the same time.

“Using ELAN control products has really worked in our favor,” said Smith, System Specialist at Acadiana. “We’ve been able to create a reputable collection of equipment that works well, our staff can use it and it’s trusted.”

Aside from what he calls quality products, he said it’s the service that earns his loyalty. In the event something falls short, he’s confident who he calls can help him score.

“The tech service has been outstanding,” Smith said. “All the service and the support we’ve gotten over the years has been what’s made all the difference.” 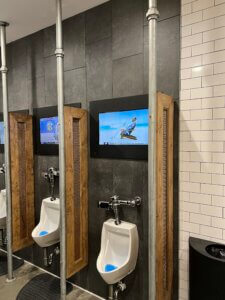 Tackling the Challenges of Commercial Projects

These days, Acadiana prefers commercial projects over residential ones. They enjoy using their skills to fill their roster with quality commercial installs – like Fat Pat’s. Unlike a home, a place like Fat Pat’s includes the challenges that come from wiring the various hanging fixtures for the TVs and working around unique designs. At Fat Pat’s, rollup garages can turn an indoor room into an outdoor oasis for sports lovers or families looking to soak in the Southern sun while they dine. Smith said figuring out the height and the distribution to hang TVs from the middle fixtures in areas like this can prove tough at times, but as any good teammate would, he said he likes to help. Like anything, practice makes perfect.

“We’ve now had several jobs like this, so it’s become second nature,” Smith said. “I’m out there with the technicians and very hands-on. Helping them pull wire and install the equipment, install the TVs, and make sure everything is operating smoothly.” 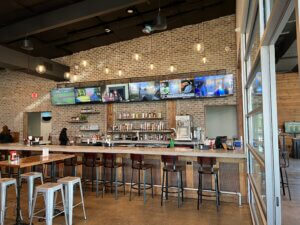 The highlight for Smith is seeing the finished project, and the difference his team can make by making life easier for a small business. A score for both Acadiana and Fat Pat’s Sports Bar.

“Everyone is very happy with what we’ve done here,” he said. “They’re pleased their system is cleaner and more organized, and on top of that – easy to use.”

Since Smith’s first Fat Pat’s project, he’s worked on installations at each of the six locations.

To see other amazing ELAN control projects our dealers have worked on, visit our ELAN installation gallery.